Former goalkeeper of the soccer team and alumni of the University of Alabama at Birmingham where he studied from 2012 to 2016, he continued his studies and graduated from the Master in Business Administration of IESE in 2019, Raphael Ville is part of the first student athletes sent to American universities by the Elite Athletes agency.

Between soccer, studies and his personal development in the United States, discover his journey!

Raphaël was born with soccer. At a very young age, he developed a passion for the game and started out as a goalkeeper. He played in Clairefontaine from 2002 to 2005, then in Lyon for 3 years, before playing 2 seasons with the PFC (Paris Football Club). We are in 2010 when he decides to change his future.

With the objective of resuming his studies and developing his professional experience, Raphaël decided to go to the US: “I planned to land and manage on the spot. My goal was to go back to school, relearn English and develop professionally. I planned to adapt myself once I was there. 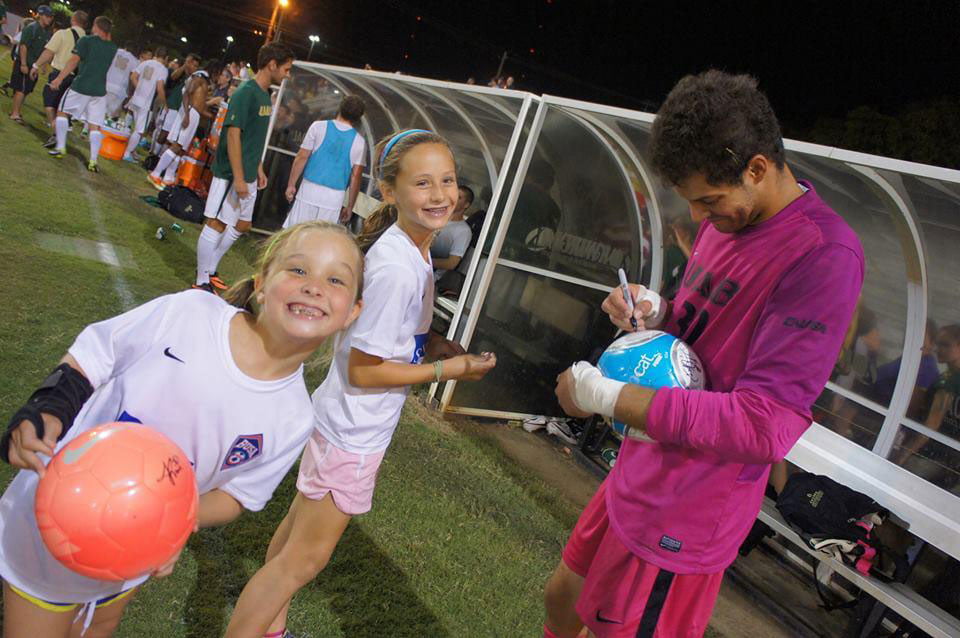 3 days before his departure, Jérôme and Raphael met through mutual acquaintances. Jérôme had also lived the US experience.

“I met Jerome and he introduced me to the university scholarship system that young athletes could obtain and earn a degree while playing soccer in the US. “.

In one month Raphael obtained his SAT. Despite the interest of some universities, it is more appropriate to wait a few more months and hope to get better.

In May 2012, 2 American coaches came to see him and Raphael got his scholarship for the Fall 2012 season.

On August 02, 2012, he joined the University of Alabama and his new soccer team.

“Everything was ready. Someone picked me up at the airport, I just had to put my bags down and go to practice. Everything was done to make sure we were in the best condition. We had medical teams available for us, physiotherapists… The infrastructure is full option, the weather was top… A real life change. “

After a good month and a half of adaptation, it’s time to get back to the heart of the matter, to show the example. Raphaël discovered new forms of training, new forms of work, new coaches… a whole new mentality.

“It’s like the training center except that the people you interact with are more intelligent. The mentality is completely different: they tell you that to win you have to do this, this, this. If you lose and you’ve done it, they cheer you on even more and you’ll win the next time. That’s the culture of winning for me.

At the sport level, training is increasing in intensity. Young athletes are asked to do more and more. But in the end, “you do more things but you feel less that you are doing more things. It becomes a habit and it pays off.

Also, you have to find the right balance between classes and soccer. This was easy enough for Raphael, who has a natural affinity for learning.

“The teachers in class really help you: they come and talk to you, find solutions.

The energy is so different from the French educational system…”

Raphael played two seasons on the university’s soccer team before winning an honorary scholarship to continue his studies at the same place.

He completed his Bachelor’s degree in market finance for two years during which he lived the American dream differently, without the imposed rhythm of the athlete.

On the other hand, it is thanks to this discipline that Raphael tells us that he succeeds in reaching his goals: “I woke up early, I worked a lot and I went to bed quite late. I used to go to classes and I even gave tutoring to the younger kids. I still had that athletic balance even though I wasn’t playing the games anymore, I was training with the team and bringing that form of aggression that was needed for the goalkeepers that were playing. “ 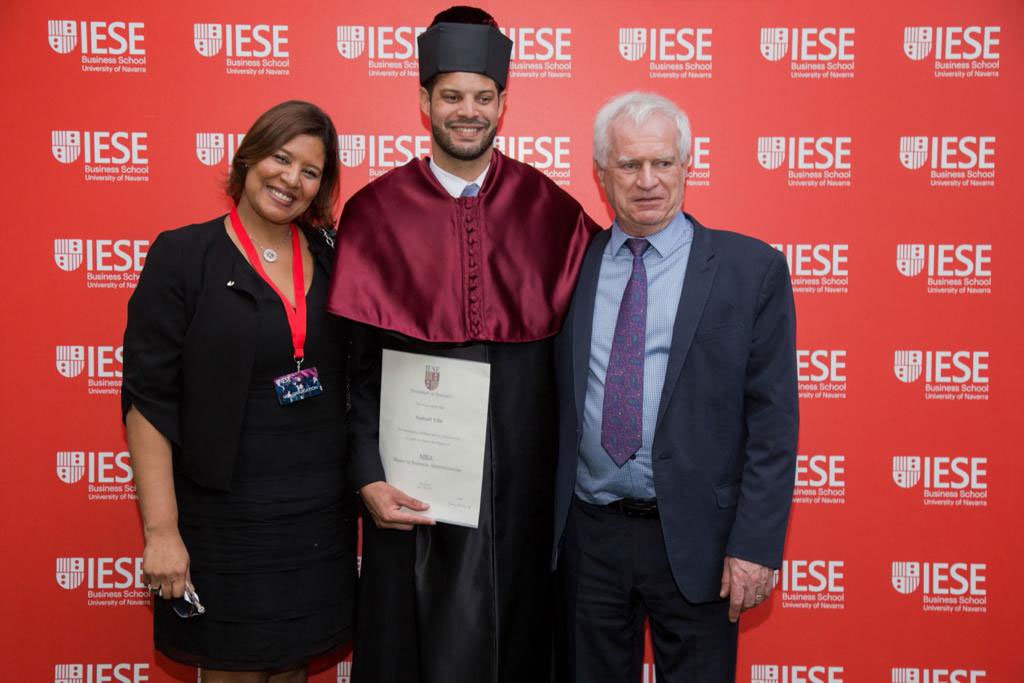 In 2016, Raphael graduated from the University of Alabama and interviewed for several Masters in France and the UK. Rejected from the London Business School because of too much experience and not admitted to HEC in finance major, he took the GMAT which he obtained with a score of 690.

Following this, the IESE Business School contacted him and he was admitted to the school’s MBA, one of the best in the world. He will graduate in 2019.

“Athletes don’t realize how great schools they can go to. With a 4-year college career, a GPA of 3.9, you can easily reach MBAs at Harvard. It’s the French mentality that makes you think otherwise. In the United States they teach you that no one will believe in you if you don’t believe in yourself. In France, you are pushed to look at the limits. The US is about possibility!

Losing is not a big deal, as long as you keep the psychology of success inside you. And for me, this psychology developed naturally during my experience there”.

After completing his MBA, he had the opportunity to work at Credit Suisse in London for two years. He started his professional career as an asset manager (projects development in sports, and in soccer in particular).

After having experimented with several projects, imagining and developing ideas, today Raphael joined a 360 degree support structure with one of his former teammates:

1212 Capital, a family office dedicated to high-level athletes and media professionals whose goal is to allow their clients to emancipate themselves financially and intellectually, and to enjoy their post-career life.

“For years I have observed sportsmen and women ending up in the media or trying to make a go of it on the other side of the field after a successful career, not for the love of the profession but more because they see no other alternative. They have been poorly advised on their assets (financial and intellectual) and now find themselves in a complicated financial and psychological situation.” With 1212 Capital, he intends to solve this deep problem that is eating away at high-level sport by drawing inspiration from the American management model followed by the greatest Transatlantic athletes.