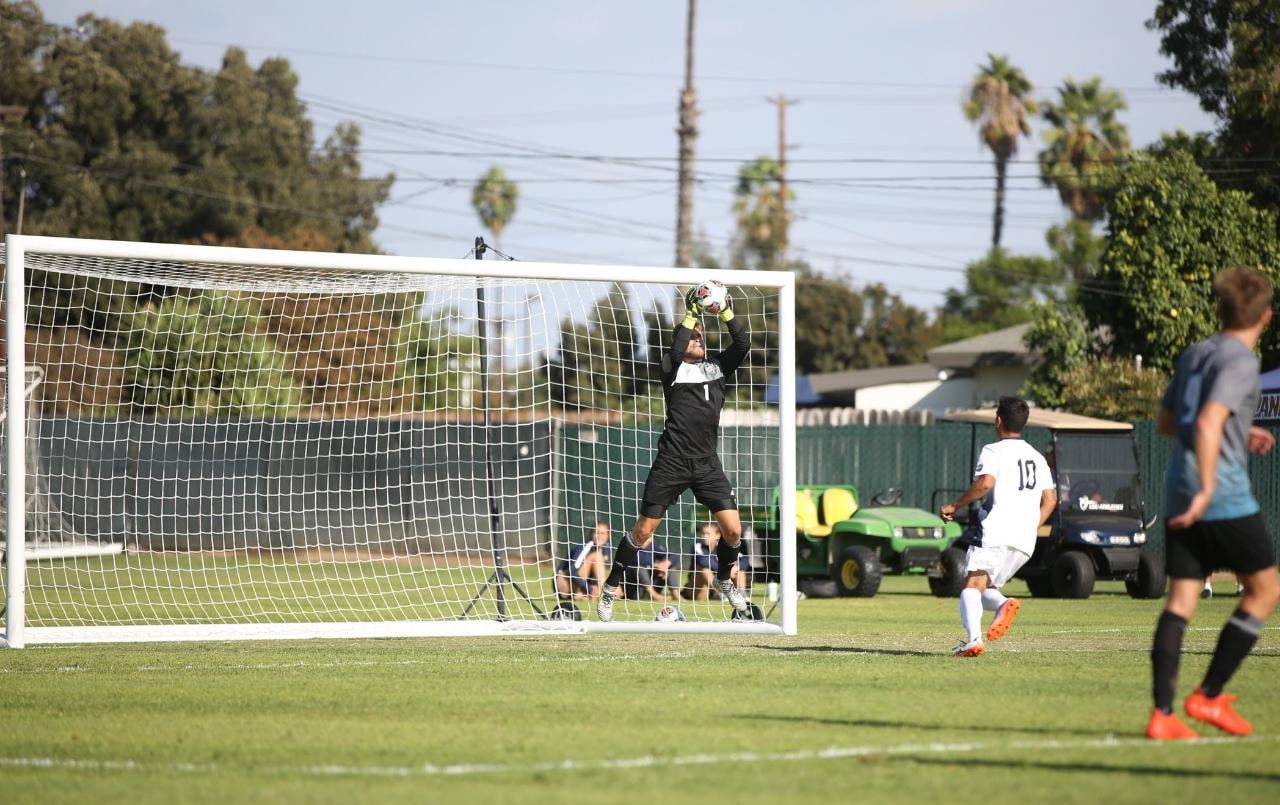 Daniel is passionate about soccer. He is goalkeeper, he was first trained at INF Clairefontaine before joining the Paris Saint-Germain academy with the hope to become professional.

He obtained his baccalaureate in 2013, and then went on to study a degree in Management at the University of Paris Dauphine, in parallel with his final year at the PSG academy. At the end of this pivotal season, he will not be extended.

“The level was very high, I wanted to continue my studies, and I got injured at the wrong time. In this context, I missed the right wagon, PSG did not offer me to go further. ”

He continued his studies at Dauphine the following year while joining the US Palaiseau club with the simple aim of playing for fun. At the start of the 2015 academic year, he began his apprenticeship at Air Liquide and started thinking about his international exchange program for his Master’s degree, which was just around the corner. That’s when he discovered the FFFUSA project.

“There are a lot of scams in the soccer world, so I was naturally cautious when I discovered this project. I asked the FFF (French Football Federation) and the feedback was positive. So I called Edouard who suggested that I come to the Clairefontaine tryout, after which I received offers from universities.

However, how to continue studies at Dauphine and at the same time combine this experience that was taking shape? This was the problem that the agency, Daniel and the directors of his Master’s degree at Dauphine had to answer.

In the end, everything worked out perfectly. The Dauphine management agreed with Daniel’s project and offered to adapt his curriculum: the two years of the Master’s degree at Dauphine were transformed into two years of MBA in the United States followed by a year of M2 once he returned to France.

He was recruited by California State University in Los Angeles. The plane takes off and so does Daniel.

“Compared to most of the players who left with the hope of a second chance in soccer, I was aiming for a big school. The soccer side was secondary.

I wanted to find a compromise between a university with a reputation for academics and sports. However, this means that we are dealing with universities in the TOP30, so it wasn’t easy…”.

In the end, the Los Angeles experience turned out badly for Dan. The trainers were not very competent, and Daniel did not understand the motivations that had led him to try this adventure.

But every problem has its solution: the FFFUSA team and Daniel worked together to consider transferring to another university.

“It was either I would return to finish my M2 in Paris or I would transfer. So in January 2017 we exchanged with 2 young coaches from the University of Hawaii team (ed. Maël and Olivier, also from FFFUSA program).”

The different sides manage to find an agreement, and here is Daniel ready to start his second year of MBA in Honolulu.

“The life in Honolulu is fantastic, a crazy experience…it was a change from the previous year. To be honest, it went even better than I expected. I had a leadership role in the group, the team spirit was great, the style of play was fun and very dynamic, and overall I had a great time. Plus, just the fact that I got to live in Hawaii says enough about this amazing opportunity. ”

The season ended and Daniel returned to France to finish his apprentissage at Air Liquide. He graduates from Dauphine with a Master’s degree in 2019.

And as life is sometimes well done, he lands a 24-month VIE with Air Liquide in management audit in Johannesburg, the economic capital of South Africa – an assignment he should finish in 2021 if conditions allow.

“The health situation doesn’t help, it’s not easy but I’m learning a lot and I’m getting enriched every day. I work with all the divisions of the company, touch a lot of subjects and discover new things. It’s an extraordinary experience. ”

For the next steps in his life, Daniel is still thinking. If staying at Air Liquide is particularly important to him, the diversity of experiences he has had throughout this very international career will surely help him get noticed at the best time, here or elsewhere